get in touch
LILIUM 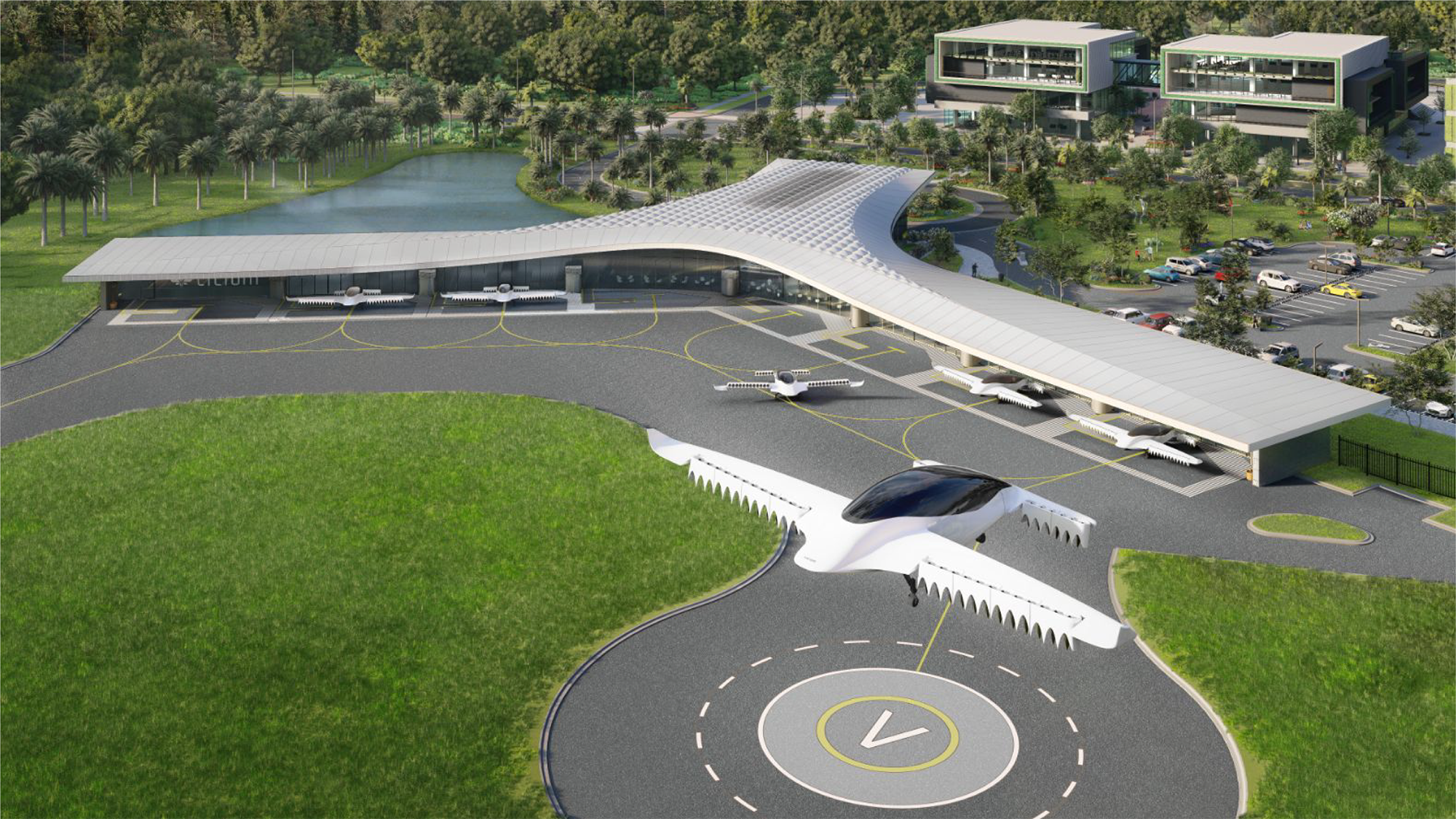 After years of ongoing development, Lilium sought to communicate the significant steps it is taking to bring their service to the market. These steps include the formation of two significant partnerships with both the Tavistock Development Company and the City of Orlando. These relationships had consequently allowed for the establishment of Lilium’s first hub location for a high-speed, electric air mobility network in America, marking the country’s first urban and regional air mobility network. Our team was therefore tasked with demonstrating the operational power of these partnerships in supporting Lilium as an industry leader.

We crafted a press announcement that implemented several methods of strategy and execution in order to make the biggest impact with key stakeholders, as well as secure global awareness and attention. Alongside an in-depth pre-briefing period involving major international technology and aviation publications, we collaborated closely with the Tavistock Development Company to invite target media to a virtual press conference hosted by Lilium, Tavistock and the City of Orlando. The press conference was significant as it presented the opportunity for the media to hear from each of the partnering companies, as well as the City of Orlando’s Mayor. To emphasise the importance of the hub, we ensured that each spokesperson spoke to the benefits of Lilium bringing such a breakthrough service to the region. 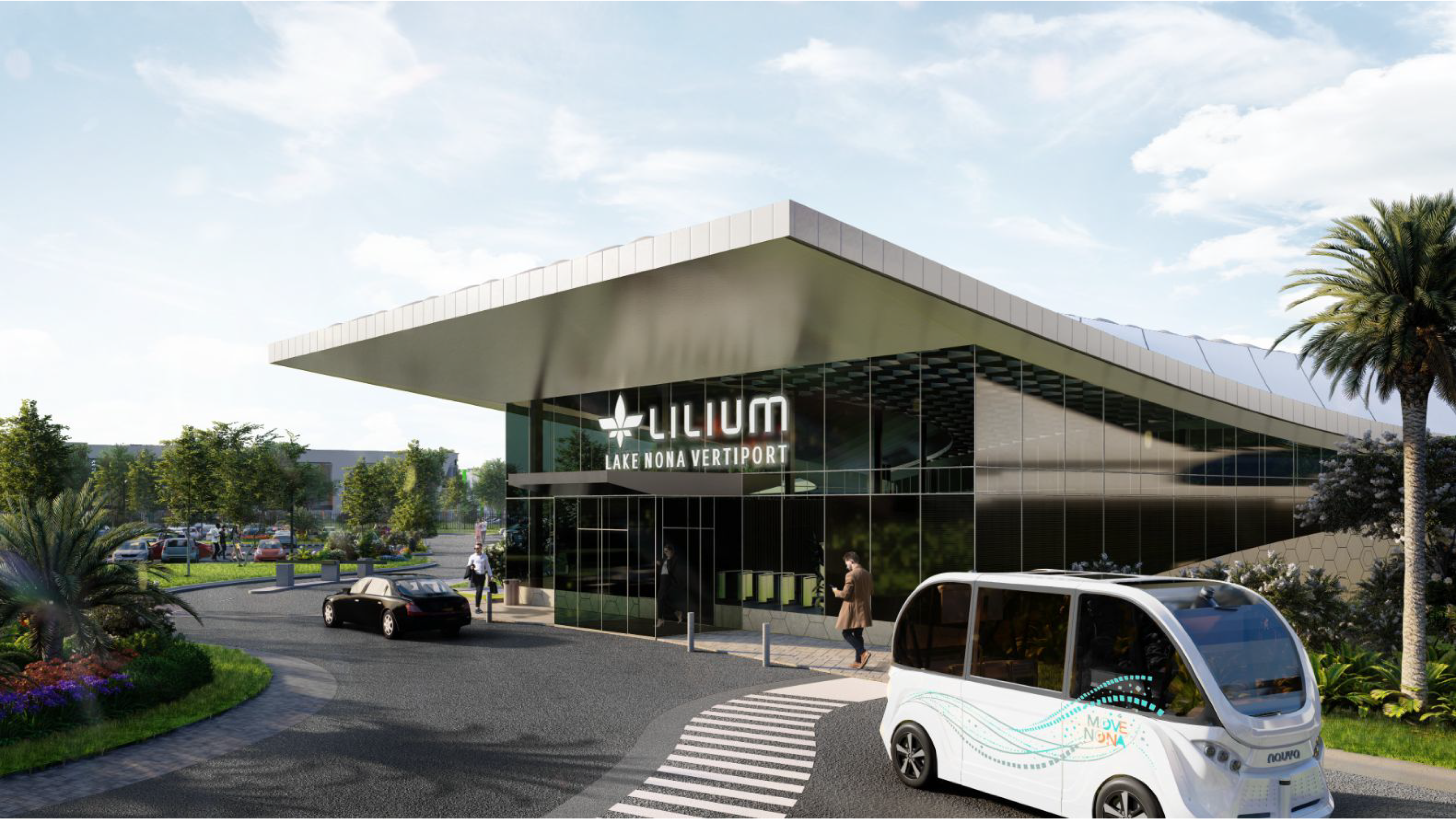 Attended by the likes of CNBC International and the Financial Times’ Sifted.

Featured on The Late Late Show with James Corden and Jimmy Kimmel Live!

Securing coverage in the likes of The New York Times, CNBC and Reuters. 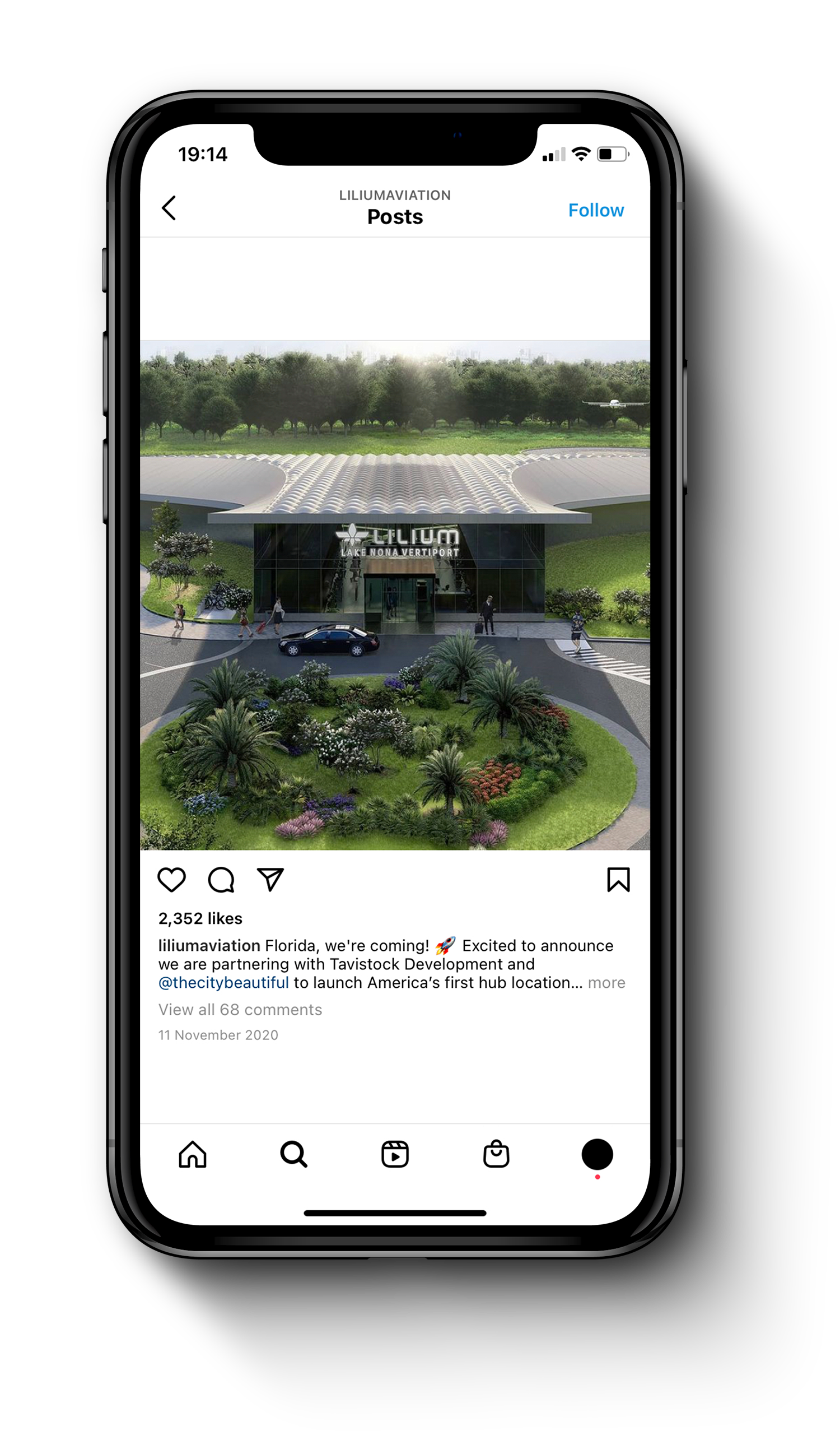 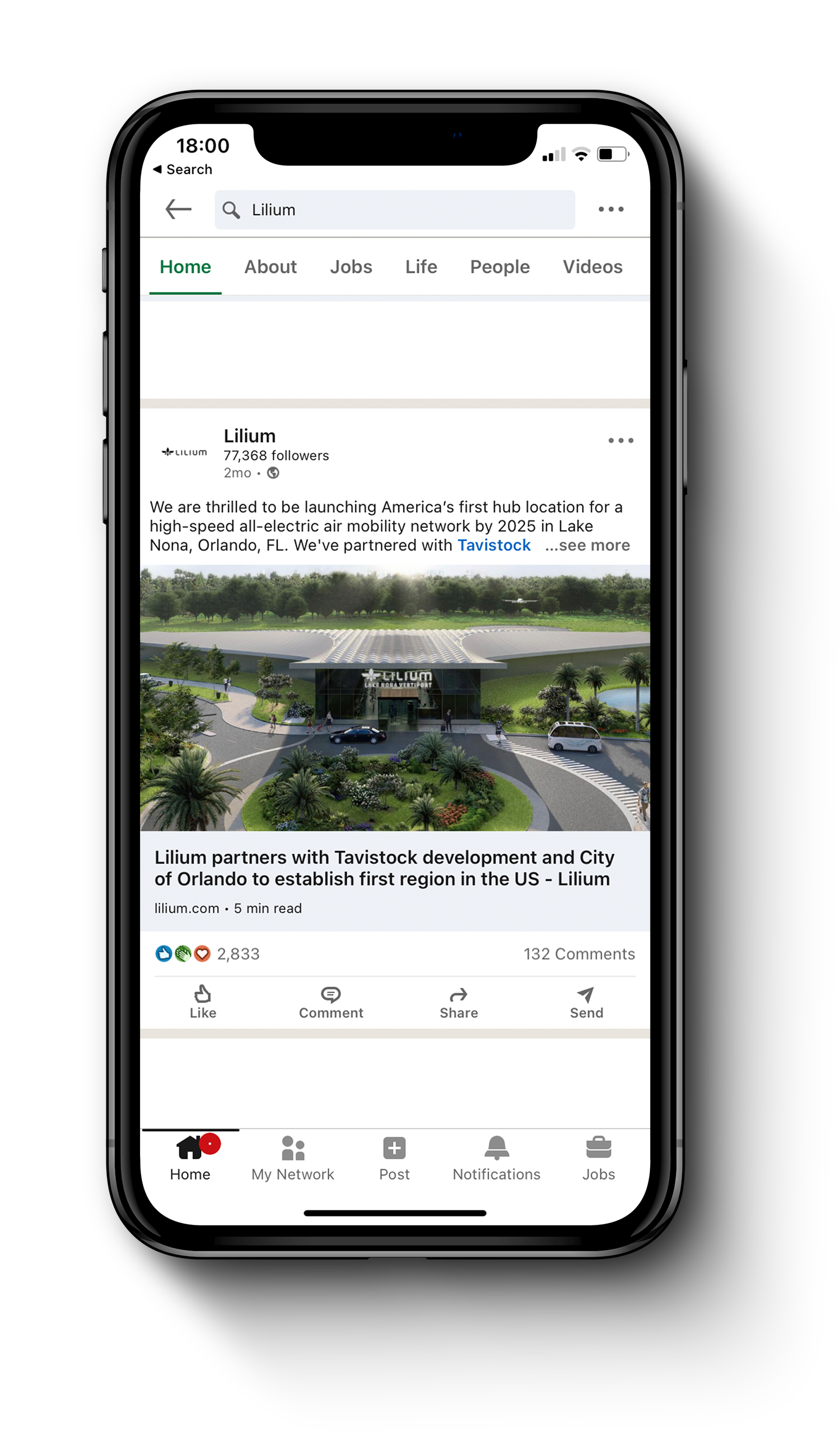 Previous Project
Next Project
Drop us a line.

If you are interested in generating impactful results for your business, get in touch today.